Since
initiation of cheetah national monitoring program aiming to understand
demographic status of the Asiatic cheetah in Iran, a family has been explored
in Miandasht Wildlife Refuge, northeastern Iran composing of three cubs in
summer 2012. During their first year of life, the cheetah mother and her small
cubs patrolled a small area, limited to a number of water sources across the
area’s core zone. After re-establishing monitoring camera traps since early spring
2013 in the area, it was proved that despite high cub mortality of the cheetahs
during their first year, the supermom was successful to raise her entire family
to the second year. As approaching to the fall when the family is expected to
be naturally split, the cheetahs are seen on camera traps in many parts of the
area, indicating their significant range expansion.

As the only
evidence of cheetah breeding across entire Iran during 2012, the cheetah mom’s
success is due to prey restoring in the area by the Iranian Department of
Environment which doubled population of Persian gazelle, a favorite prey for
the cheetahs in recent years. The cheetah monitoring program in Miandasht
Wildlife Refuge is implemented jointly by the ICS and DoE in partnership with
CACP and Panthera. 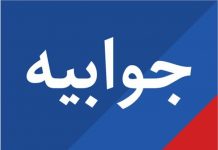 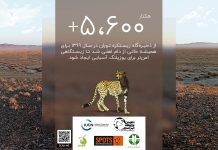 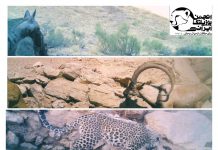