Latest issue of Current Biology has published a feature on big cats conservation, namely as “Felids fighting for survival”, authored by Michael Gross who is a science writer based at Oxford. Cat-like carnivores conquered the globe and became top predators on five continents. Today, however, most of the 37 surviving species are threatened, including the iconic species of large, roaring cats.

The article covers a variety of the most endangered cats in the world, including tigers, jaguars, Amur and Arabian leopards and Asiatic cheetahs which the latter is now considered to be the second rarest cat in the world.

“The government has spent years of working to save the creature as the symbol of wildlife in the country,” ICS’ Mohammad Farhadinia explains. “Presently, the Asiatic cheetahs have been reported from more than 15 different areas, all have been upgraded as a protected area. However, their numbers are so low that no more than 70 individuals can be expected for the entire country, meaning for the entire Asian continent, making it the second most critically endangered cat in the world, just after the Amur leopard. “ 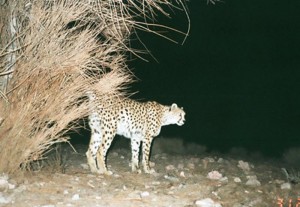