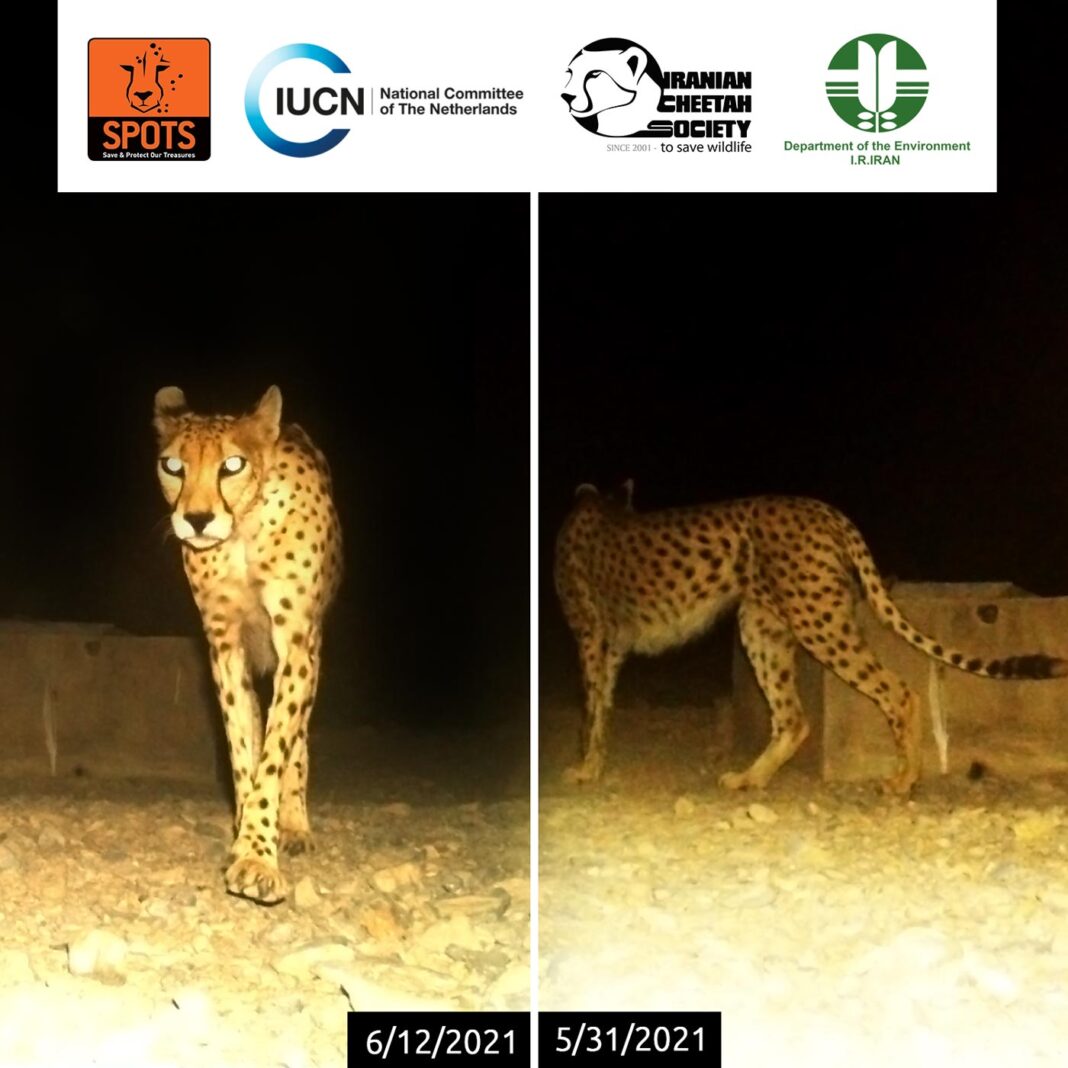 The Iranian Cheetah Society (ICS), supported by IUCN Netherlands, succeeded in evacuating livestock in 5,600 hectares of rangeland on the edge of Touran National Park. This intervention soon paid off; these photos are the first pictures of the Asiatic Cheetah’s presence in this area! Unfortunately, even though the 5,600 hectares are located in a vital part of the cheetah’s habitat in Iran, no cheetah pictures were available from this area.

Livestock evacuation from the rangelands in this area became a priority action for ICS and the Iranian Department of the Environment (DOE) in this region to protect the critically endangered Asiatic cheetah from extinction. ICS estimates that less than 30 Asiatic Cheetahs remain in the wild, all of them in Iran.  ICS managed to revoke the grazing permits and installed the camera traps in this area to ensure the presence of this valuable species.

Annually, almost 80.000 livestock in more than 120 herds with 300 dogs are allowed to roam across the Touran Biosphere Reserve. However, due to drought in recent years, herds occupy the most suitable pastures and proper habitats. This makes the ungulates and their predators move to less-preferred areas during harsh winters. Besides, the wildlife is also directly affected because of many herd dogs within the area, as well as cryptic poaching efforts by herders. Poachers also find more opportunities during grazing seasons because they can pretend they are herders looking for their livestock or trying to find proper vegetation for their animals.

Accordingly, several Asiatic Cheetahs have been caught/killed by people/herd dogs in recent years during their presence with their domestic animals. Also, overgrazing threatens Asiatic Cheetah’s prey with limited food resources and makes them go to higher elevations because their habitat is occupied by livestock.

These recorded photos are the first pictures of the cheetah’s presence in this area. According to the identification database, they belong to identified cheetahs with the names of Telma and Fegheh. Thus, the recorded presence of these two cheetahs in the new area is now undeniable, which is a fascinating reward for the hard work of our field team.