Iran is considered to be an arid country with low annual rainfall for majority of its eastern half where the critically endangered Asiatic cheetahs roam. Over past decades, building artificial and improving natural waterholes for desert species has been a management action to moderate this limiting factor.
There are two types of water resources within Iranian desert reserves, natural springs and artificial waterholes which are regularly filled with tanker by the rangers in hot summer. Camels can drink huge amount of water just at once and then they play and destroy basic infrastructure of waterholes, resulting in water flow on the ground.

After the public invitation done by the Iranian Cheetah Society for collecting charity money for means to improve the Miandasht’s protected area’s water supply, fortunately thanks to the financial help given by the kind citizens, a part of this area’s water supply has been repaired. Along with pure gratitude for these people, a report of the process is sent to registered members as an attached file. 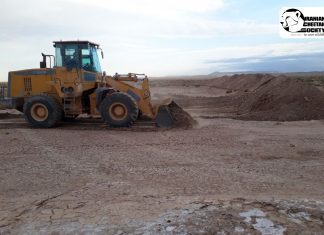 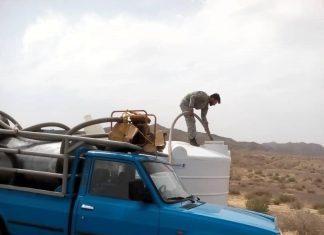 “Water Ranger” for the sixth year; this time in Touran Biosphere...