“Recent surveys have revealed that out of 27 known cheetah mortalities due to various human-causes during past decade, roads rank first. At least 11 individuals have been killed in different roads, just between 2005 and 2011. Turan, Bafq and Dare Anjir has experienced road incident of the cheetahs, but Kalmand’s six cheetah deaths have made it the highest-risk range for the cheetahs. In the meantime, more cheetahs are expected to be not detected, so the actual loss is plausible to be higher.

Asiatic cheetahs are known to roam large areas and walk long distances, meaning encounter with roads inevitable. However, majority of existing roads are around main habitats, except a few. Loss of 11 cheetahs reveals high importance of managing the entire cheetah range as whole rather than several patchy areas to ensure the species long-term survival. Nowadays, there is a great challenge for one of the main habitats of the cheetahs in Iran, i.e. Bafq which is seriously threatened due to construction of a
short-cut road through the area’s core zone.“ 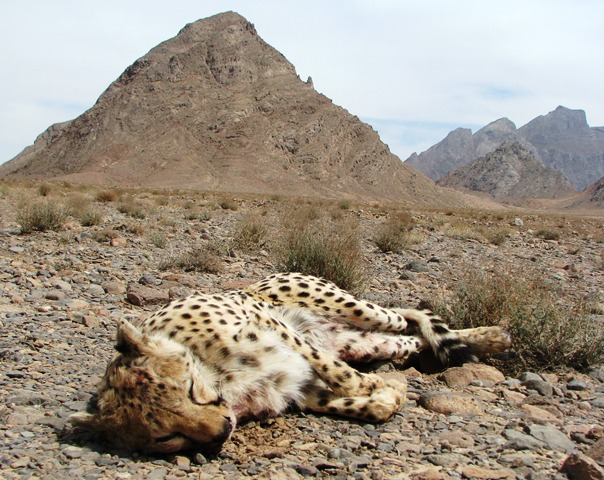