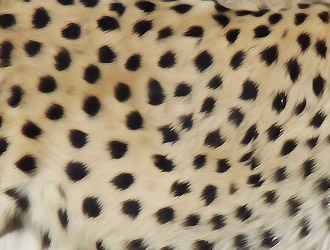 The month of Shahrivar of each year (crsp. to Aug-Sep) is a special time for all people involved in wildlife conservation in Iran. In 1386 (2007), the ninth day of Shahrivar (31 Aug.) was selected as the National Cheetah Day. The Cheetah Day provides an opportunity for the wildlife advocates to engage with the public in order to educate people about cheetahs and to draw attention to these majestic cats which are on the brink of extinction.
This year the Cheetah Day will be celebrated more actively across the country with numerous activities planned in more than 25 cities.
The Cheetah Day marks the anniversary of saving Marita, the cheetah cub which was saved by Park Rangers in 1373 (1994) near Bafgh, in central Iran. On that day, Marita’s mother and her three cubs were attacked by a couple of people not native to the area when they approached the town to find water. The mother fled injured, but unfortunately two of her cubs were killed. Marita was saved and was transferred to the Pardisan Park in Tehran, where she was living until 1383 (2004).

See also  A tribute to the National Cheetah Day

See also  A tribute to the National Cheetah Day
Join the cause!