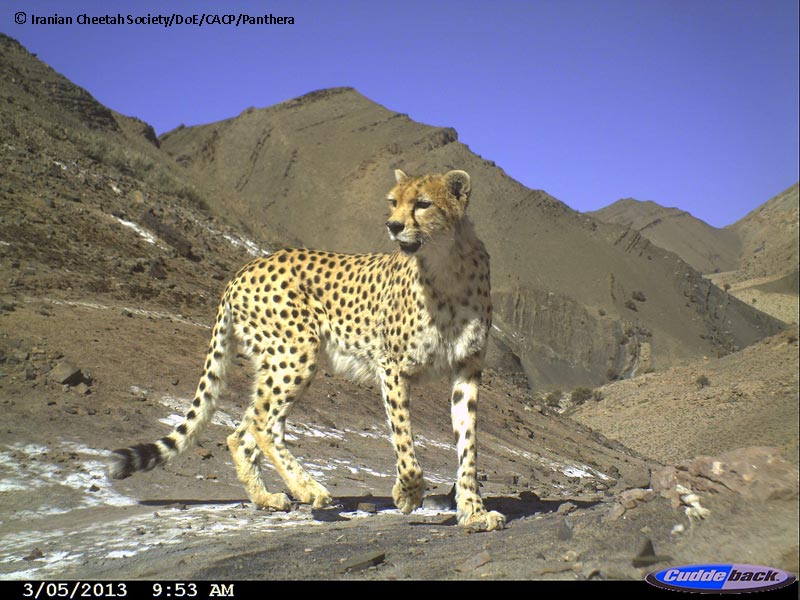 It was a cold Sunday morning on March 24th in 2013. Morteza Eslami and Ali Ajami – the game warden in Naybandan wildlife refuge, were climbing the mountains to install a camera trap, not even conceiving the idea that their picture could go worldwide.

In 2014, this picture was selected as the Overall Winner of the Research categories and Winner of the Rare Species category by BBC WILDLIFE magazine.

It should be noted that the cheetah population monitoring programme in Naybandan was done in collaboration with Department of Environment Southern Khorasan Province, Conservation of Asiatic Cheetah Project (CACP), PANTHERA and Wildlife Discovery Institute (PART). The winning photo was taken with valuable effort of Morteza Eslami and game wardens Sharafi, Mir Kalani, Ajami and HassanKhani.

But this picture was not the only winner. In Zamen-e-Ahoo National Park and Miandasht wildlife refuge, a stunning camera trap photo of Goitered gazelles by the waterhole has also been awarded Runner-up in the Animal Behaviour category in BBC Magazine list.

This success has been achieved for the first time in the country. The beautiful pictures of Iran’s wildlife in a special section of one of the most prestigious wildlife magazines in the world, is pride.