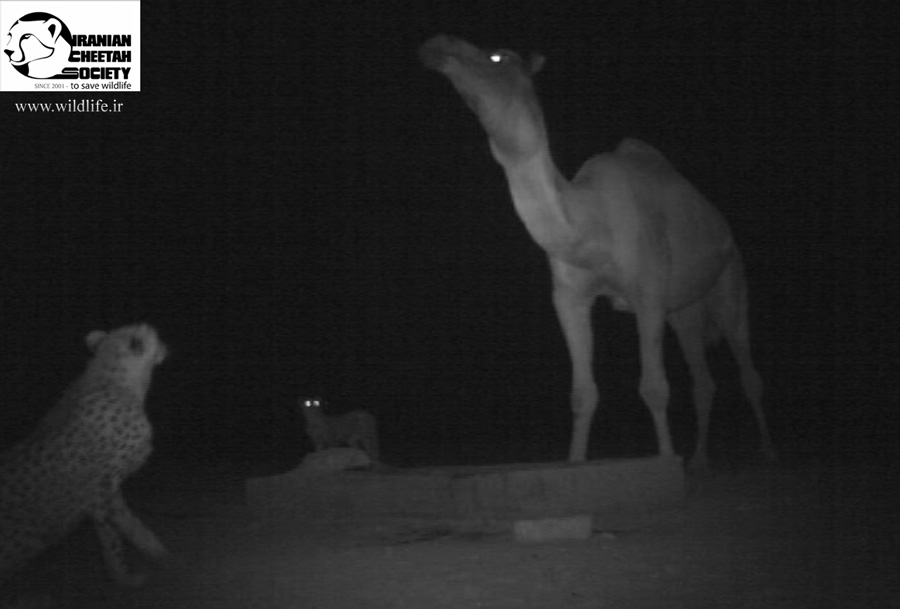 Another footage of Asiatic cheetahs captured by the Iranian Cheetah Society (ICS) received worldwide recognition.
In conjunction with The Times, World Land Trust (WLT) run International Trail Camera Competition 2014. A group of world-known conservationists and photographers judged this year’s competition. ICS, as one of the WLT partners, submitted a rare footage of cheetah encounters with a camel in northeastern Iran.
Simon Barnes, writer and WLT Council member and one of the competition judges, describes the ICS’ video as the one that “sparked no debate: we were unanimous from the first viewing. It’s a glorious tale in miniature and it begins – but only begins – with a camel.”
The camera was sat on a water point in Miandasht Wildlife Refuge, North Khorasan province. Late at night a free-ranging camel comes to the water point. After a few seconds, suddenly, two cheetahs appear in the scene. The cheetahs try to approach to the water point but, apparently, the camel easily drives them back. This footage rejects this myth that cheetahs predate on adult camels in Iran, which frequently claims by local camel breeders in some cheetah reserves in Iran.

To read more about WLT’s trail camera competition and to see the cheetah’s footage follow this link: