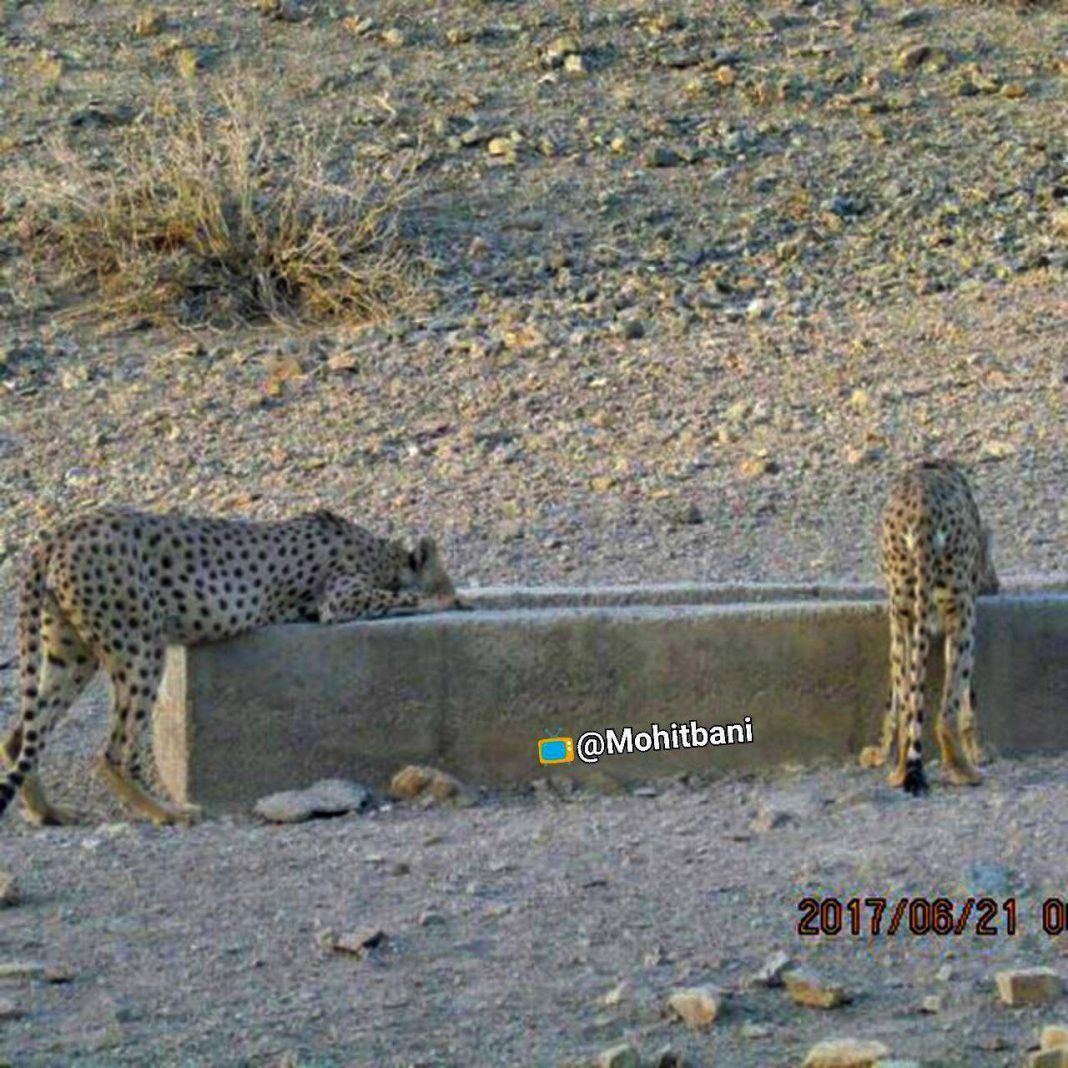 A new photograph of Asiatic cheetahs in Dareh (Darre) Anjir Wildlife Refuge, Yazd Province, went viral on the internet in June 2017. The photo, captured by a local ranger, shows two Asiatic cheetahs near an artificial water site (wildlife drinker). Our Cheetah Survey Team has analyzed the coat patterns of these two cheetahs, and identified them as two male cheetahs known to us as ‘Hominou’ and ‘Ardalan’. ICS’ camera-traps have photo-captured these two cheetahs in multiple occasions since 2012. 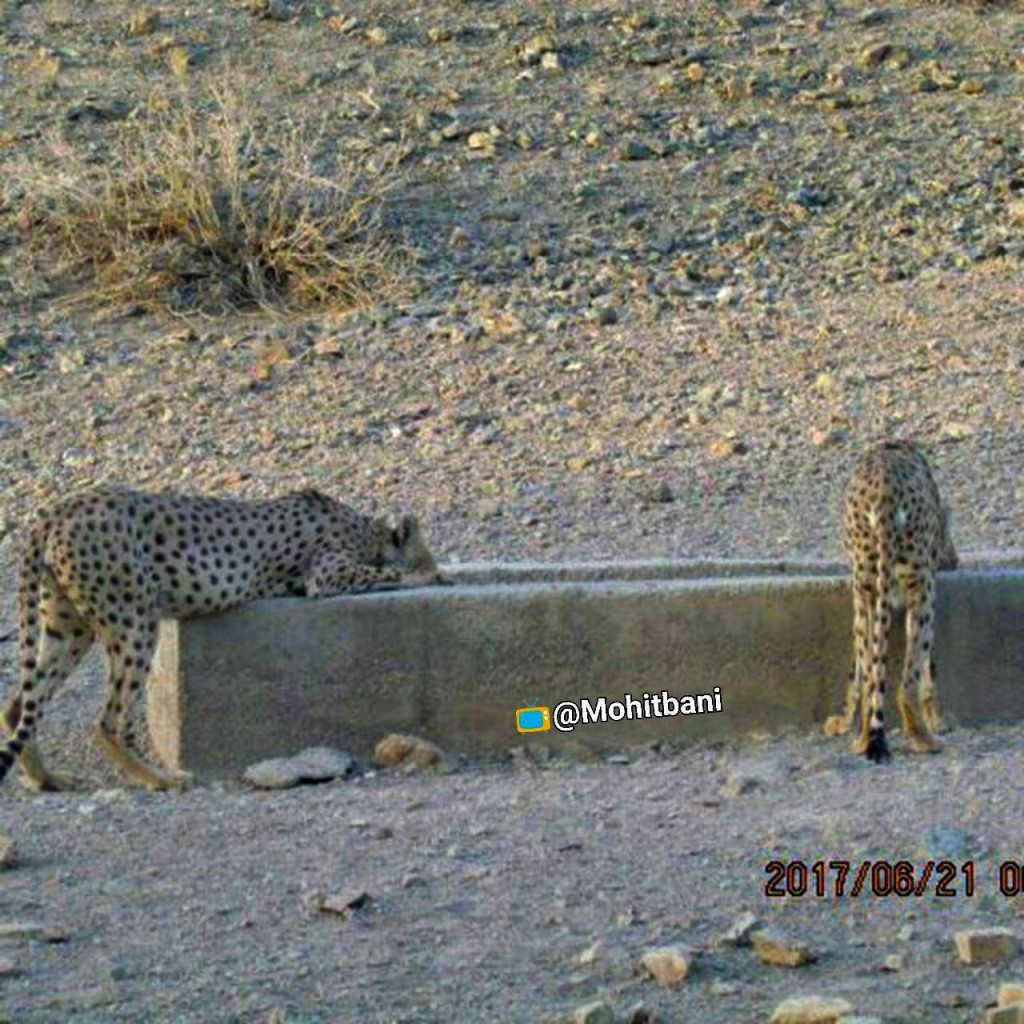 ICS launched the country-wide Asiatic cheetah monitoring program across multiple sites in 2012, and to date no photos of female cheetahs have been obtained from Yazd Province. We are working with the local wildlife authority and Yazd Provincial Office of the Iranian Department of Environment to reveal any evidence of cheetah reproduction in this region.