“During a one year monitoring program in Bafq Protected Area in central Iran, eleven Persian leopards were identified, including four males and four females (two of them are accompanied by a single and twin cubs). Moreover, one of single females was filmed accompanied by an adult male which can be indication of breeding of the third female in the population Initiated since January 2012 until the end of year, a one year camera trapping program was implemented by the Iranian Cheetah Society (ICS) and Yazd Department of Environment in partnership with CACP and Panthera to understand population composition and dynamism of the Asiatic cheetah and the Persian leopard across multiple reserves in central country, including Bafq.

It is not common to record two different families of the leopards in a single area in west Asia which reveals high potential of the area to re-colonize surrounding habitats, if properly protected. According to recent findings, the female with two cubs has been successful to raise her cubs until independence and her last image shows that she is now solitary, probably looking around to find a mate for the next year. Moreover, both of her independent offsprings have been confirmed to be female, reaching to 6 female leopards in a single reserve, assuming that all four females are still alive.

Recently, Samimi, one of the Bafq Governor Office authorities declared that the area is not enough worthy to protect it and “we believe that with no more than two leopards and 6 cheetahs, Bafq Protected Area does not have high environmental importance to continue its protection as a reserve”.
In contrast, investigations have relevaed that the largest single population of the endangered Persian leopard in central country occurs in Bafq and it is seldom to expect only six females in an area elsewhere in west Asia.

Established in 1996, the 850 km2 Bafq Protected Area is one of the main habitats for various cats in Iran which recently is suffering a great challenge to construct a road just through the area for easieمغ accessibility.
It is now more than one year, the Iranian Cheetah Society, Yazd DoE and Conservation of Asiatic Cheetah Project (CACP) are negotiating with communities and authorities and huge media coverage has been brought to stop the road.
Undoubtedly, Bafq road is nowadays the largest concern for Iranian environmentalists for the survival of the Asiatic cheetahs and Persian leopards. 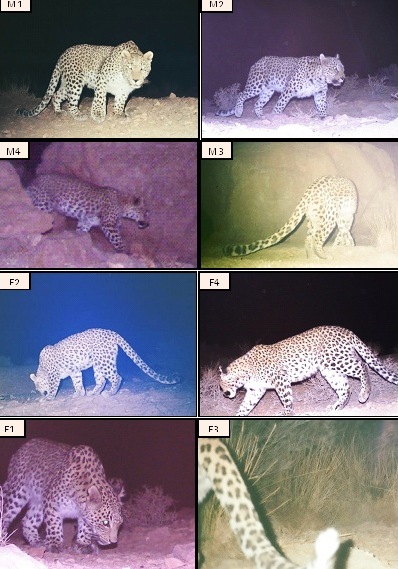