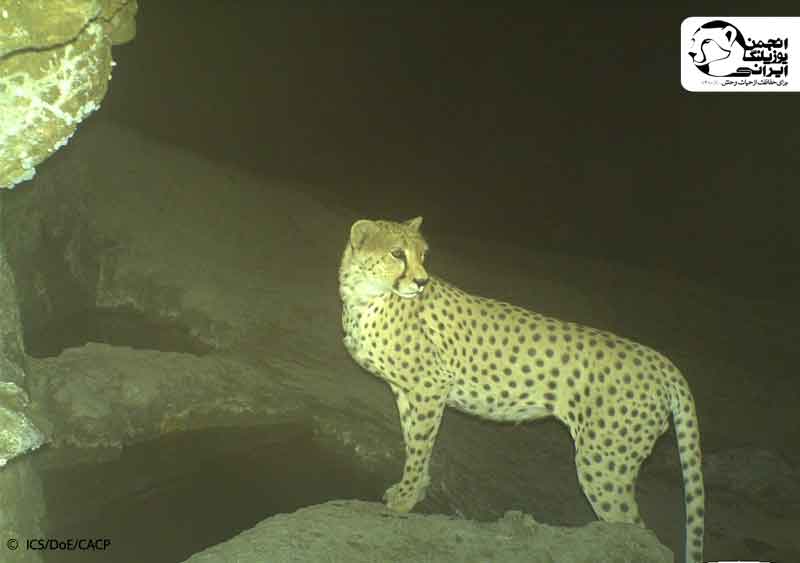 Three thousand (3000) of each poster was published and distributed in schools, organizations, and habitats of Asiatic Cheetah by our members and audiences, the municipal administration office in Tehran helped us distributing the posters all over Tehran. 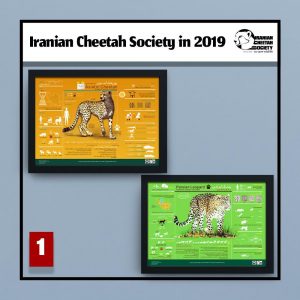 In the middle of the last year (2019) , four trainees were recruited to get experience in working in the wildlife conservation association . They participated in the first course of traineeship for six months and now they have joined and had activities to the association as experts. The Cheetah Association hopes to repeat this course to other interested volunteers in this Year 1399 . 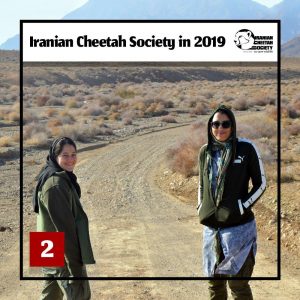 Instruction of site selection, design, construction and management of fenced reserves for Asiatic Cheetahs in Iran:

Recent findings show that there are less than 40 Cheetahs (Acinonyx jubatus venaticus) left in deserts of Iran. Regarding this fact, the Iranian Department of Environment(DOE) decided to deliberate options to save the last individuals of Asiatic Cheetahs in the country.

After numerous meetings, workshops, and site visits, DOE concluded that South Africa’s experience with fenced reserves might be a potential solution to save Asiatic Cheetahs. Through this period, Iranian Cheetah Society (ICS) facilitated connection and information exchange between DOE and South African reserves and experts.
Meanwhile, it was so crucial to have a clear guideline before starting any constructions of fenced reserve based on global experiences on breeding Cheetahs.

There was no comprehensive and accessible instructions or manual to demonstrate steps needed to establish a fenced reserve in Iran. That was essential to have this guidance for site selection, design, construction, and management of a fenced reserve for Cheetah.

After an official request by DOE, ICS made a comprehensive survey on all available data on planning and managing the fenced reserves. All research was focused on enhancing the reproduction chance in the future reserve. Various articles, protocols, reports, books, and manuals being used to prepare the final report.
In the end, we optimized procedures and structures with local laws and Asiatic Cheetah’s ecology. 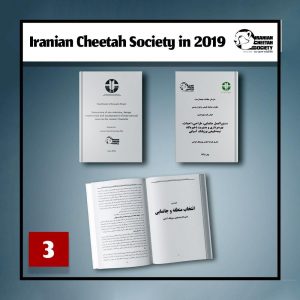 On the importance of water matters, in September of 2019, there was a chance for the experts of the Iranian Cheetah Society (ICS) to take a trip to South Africa with the deputy of the natural environment. We tried to get acquainted with the achievements of one of our peer organizations, and the conditions in which they were successful in “breeding” and “rearing” Cheetas. In this trip, we saw Cheetahs that have been fed by humans when they were cubs, but then after puberty, they were taught to hunt, labored in the wild, and raised their cubs. Such experiences helped us to have a more vivid vision for the semi-captive breeding of Asiatic Cheetah. 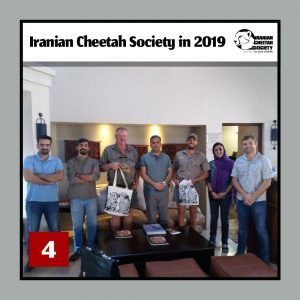 The management of water resources in cheetah habitats which have faced drought has been an issue of concern for the Cheetah association during this decade. A local person has been employed as a water supplier at the Miandasht Wildlife refuge for five consecutive years by the Cheetah association and its supporters. During the hot and dry months of the year, he is in charge of supplying water in the trough and other related duties, such as cleaning and repairing; so rangers cannot be kept from their legal and regular duties and patrol. 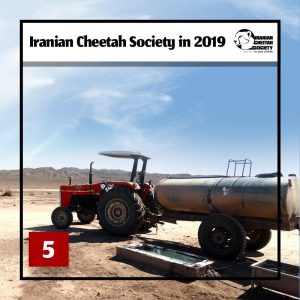 Another project that took place last winter at the Miandasht Wildlife refuge, and continued in this year (2019 ) , was the construction of a dam on seasonal stream route . During these two years, a total of 12 dams were built by the association. The construction of these dikes, which are based on indigenous knowledge, have duty of collecting surface water that would become flood during rain. These 12 dams help to recovery vegetation in the area beside reducing erosion and losing fresh water. 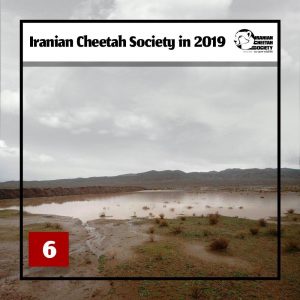 All of the water management projects that have taken place over the years have provided valuable and reliable information for association experts to present their performance and results at the annual SAWMA conference in South Africa this summer. The presentation was also interested to the audience. 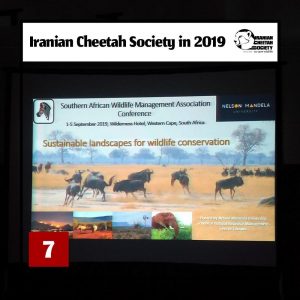 Educating locals and other beneficiaries on the edge of natural habitats is one of the most effective and valuable ways of conserving habitats and wildlife. Iranian Cheetah Society (ICS) corporated with the Conservation of Asiatic Cheetah Project (CACP) and prepared for the first time “Cheetahs and Ladders” the board game in 1398.  Companions who attended our educational festivals would remember this game.

See also  Is Food Availability a Reliable Indicator of Cheetah Presence in Iran? Through the past twelve months, the Iranian Cheetah Society had focused on work in Miandsasht Wildlife Refuge in which due to its ongoing projects for cheetah conservation. We hired 2 new rangers in the area in order to help current 8 other rangers in patrols, livestock movement control, and examining wildlife tracking. The contract of this project was signed in early 2019 in attendance of the head of North Khorasan province DoE and Jajarm county governer.

Through the first contract, 2 people who were already familiar with the area and ranger responsibilities started work and increased manpower by 20%. The contract continued with only one of the 2 rangers.
The ICS bought a CRM motorcycle, repaired one of the existing motorcycles, funded fuel, and further repairs to facilitate the vehicle shortage in patrols. Read more… 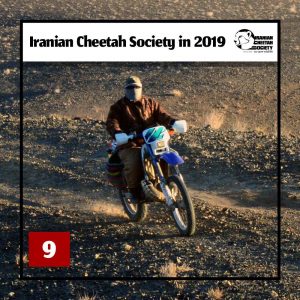 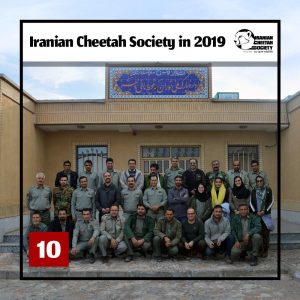 Re-monitoring of Miandasht’s wildlife refuge with trap-cameras reveals the worrying situation of Cheetahs’ survival. In the previous year, only one male cheetah has been photographed which sadly was deceased in a car accident later that year. Miandasht is a safe region with good resources for cheetahs but however it offers a little scope of land. Cheetahs dislocate a lot and that is a challenging matter in preserving this species. As our concern regarding the cheetah population has increased, we called upon Ministry of Environment and provincial departments to launch an urgent national re-monitoring of cheetahs program involving all relevant actors. So far provinces Khorasan Razavi, Khorasan Jonoobi and Semnan have expressed their willingness to contribute into this program. In the future, ICS will inform the audience about further news and publish more information about Cheetah’s population. Re-monitoring in Miandasht was carried out in August 2019 with the collaboration of Department of Environment of Khorasan Shomali province, Department of Environment of Jajarm city and natural guards. Spots association was the sponsor of this project.