“A large family of Asiatic cheetahs has been photo-trapped in Miandasht Wildlife Refuge in north-eastern Iran. During an ongoing intensive monitoring of the cheetahs by means of camera traps in Miandasht Wildlife Refuge, the group was photographed, composing of an adult female “mom with three young adolescents. At least two adolescents are male, the third needs more investigation. The animals were recorded on several occasions while coming to water sources to drink.

This female cheetah has been an experienced mom or “super-mom”, successfully raised all her three cubs to the age of one. However, scientists are surprised how this large group survived among herds of livestock who have traditional grazing permissions within the area’s pastures in winters.

The cheetahs face various challenges during their first year of life, decreasing their chance of survival. Intensive studies in Africa have revealed high juvenile mortality among the cheetahs, even up-to 95% before reaching independence from mother (ca. 17 months) in eastern Africa. However, extremely low detectability of the Asiatic cheetahs has not allowed a proper investigation on their reproductive ecology in Iran.

However, successful rising of three juveniles to their second year has been possible due to recent enhanced protection measures in
place by the Norkh Khorasan Department of Environment. Presently, gazelle population has reached to more than 600, twice population size of early 2000s.
In the meantime, neighboring reserves around Miandasht now should expect the cheetahs, as they leave their mother in summer/fall 2013 to find new ranges. With respect to the area’s proximity to Turkmenistan border, even trans-boundary dispersal is plausible.

After ceasing camera trapping during winter 2012-2013 due to presence of livestock, the Iranian Cheetah Society (ICS) and Iranian
Department of Environment, and Conservation of Asiatic Cheetah Project (CACP) are re-establishing the monitoring program by means of equipping all the areas water sources with digital camera trap to catch proper shots of the young cheetahs in order to develop a national photo ID for each individual. These IDs would help scientists to understand if they would be photographed in the same or other areas. 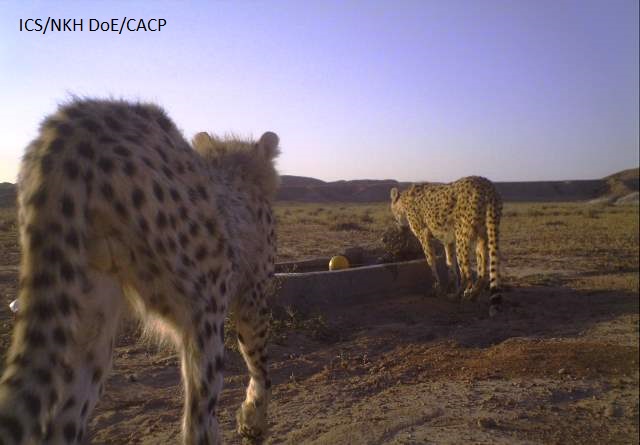 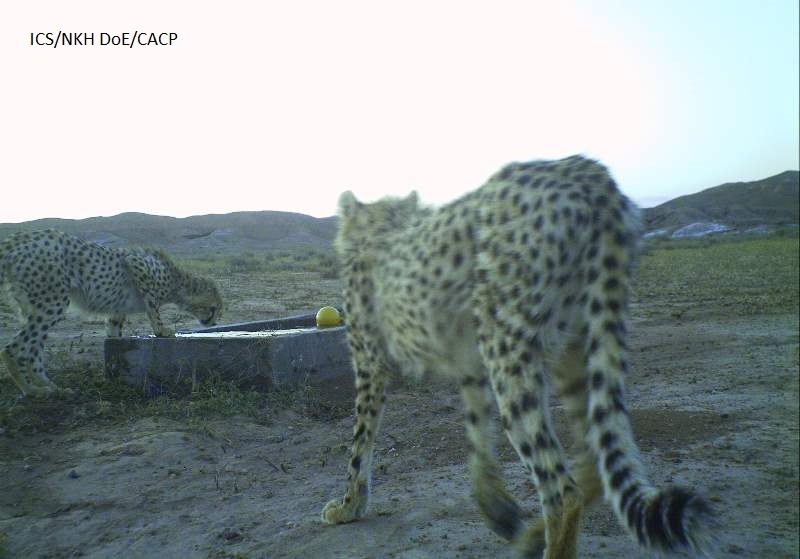