“An albino jackal, a medium-sized canid which is widespread in western Asia, has been caught on camera in southeastern Iran during a research project into the population survey of the Asiatic cheetah in Ravar Wildlife Refuge.Albinism is a congenital disorder characterized by the complete or partial absence of pigment in the skin, hair and eyes. Albinism results from inheritance of recessive gene alleles and is known to affect all vertebrates, including humans.

Albinism has not been common among golden jackals but there are few cases from west Asia dating back to 1970s. In contrast recently melanistic golden jackal has been also reported from Turkey. With an area of 15,000 km2, Ravar Wildlife Refuge is part of the Asiatic cheetah monitoring program that the ICS leads within multiple reserves in Iran in partnership with Iranian Department of Environment, Conservation of Asiatic Cheetah Project (CACP) and Panthera. Since early fall 2012, the ICS’ experts are surveying the area while training game wardens for monitoring skills. However, unlike other cheetah habitats in the country, it is not an easy area to do field surveys, because it is near the border and has a high chance of encountering drug smuggling caravans. The project will continue until the end of summer 2013. 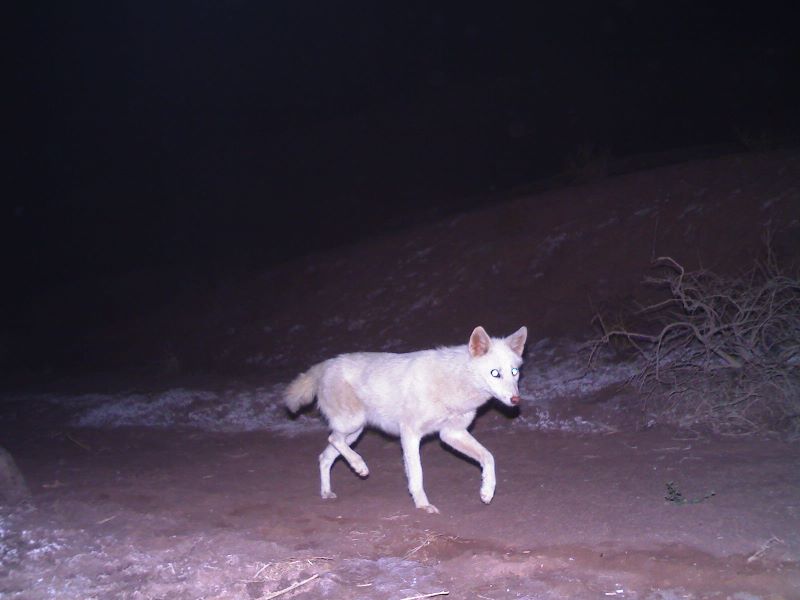 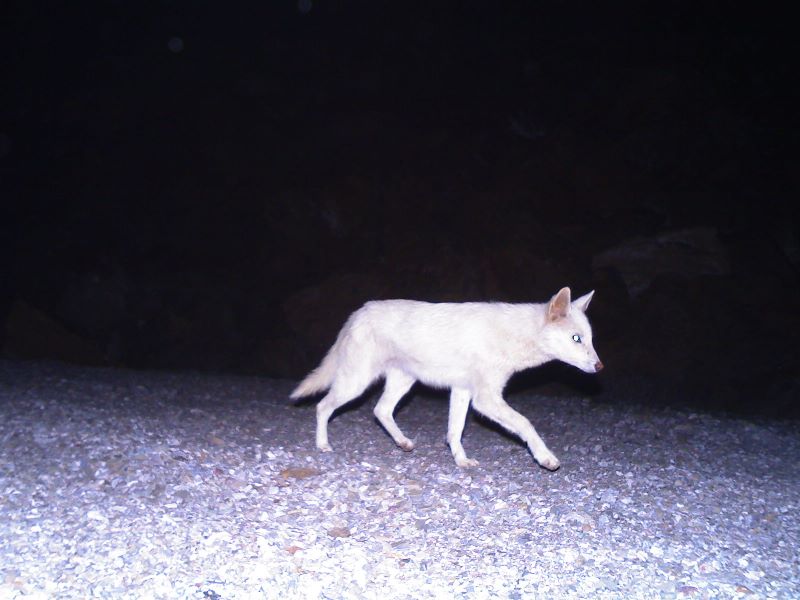