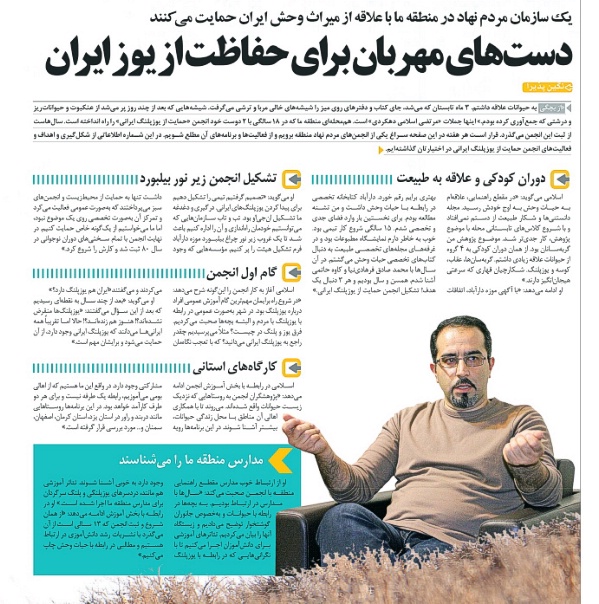 “Cheetahs in Iran?! How it might be possible?” The most common question almost everyone asked us when we started our efforts for conservation of the Asiatic cheetahs in Iran. Said Morteza Eslami, CEO of ICS, in an interview with “Hamshahri- My Neighborhood Magazine”.

Hamshahri is one of the largest circulation publishers in Iran and its My Neighborhood Magazine is widely circulated in Iran’s Capital Tehran. The Interview with ICS’ CEO which released in February 2015, focuses on history of the Iranian Cheetah Society, its progress as a leading conservation unit in the country, and ICS’ efforts for conservation of cheetahs and other endangered wildlife of Iran.