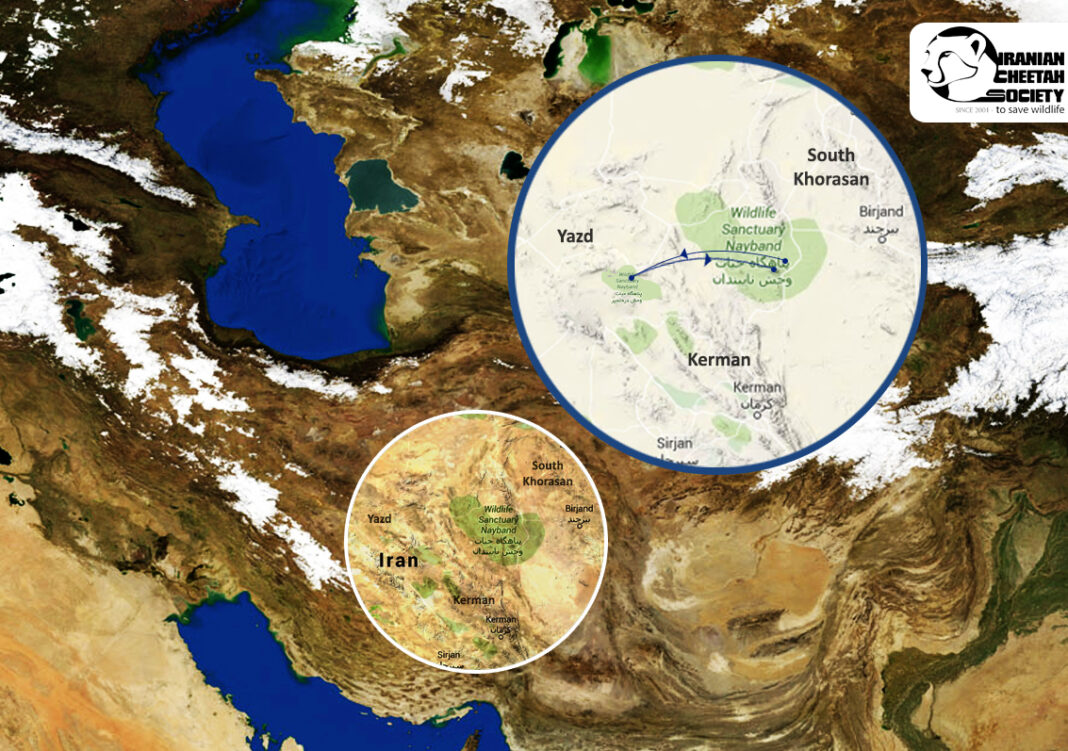 In July 2015, Conservation of the Asiatic Cheetah Project (CACP) reported observation of a female cheetah with two cubs by local rangers in Naybandan Wildlife Refuge, South Khorasan province. Consequently the Iranian Cheetah Society deployed several camera traps in the reserve in an attempt to photograph this family. 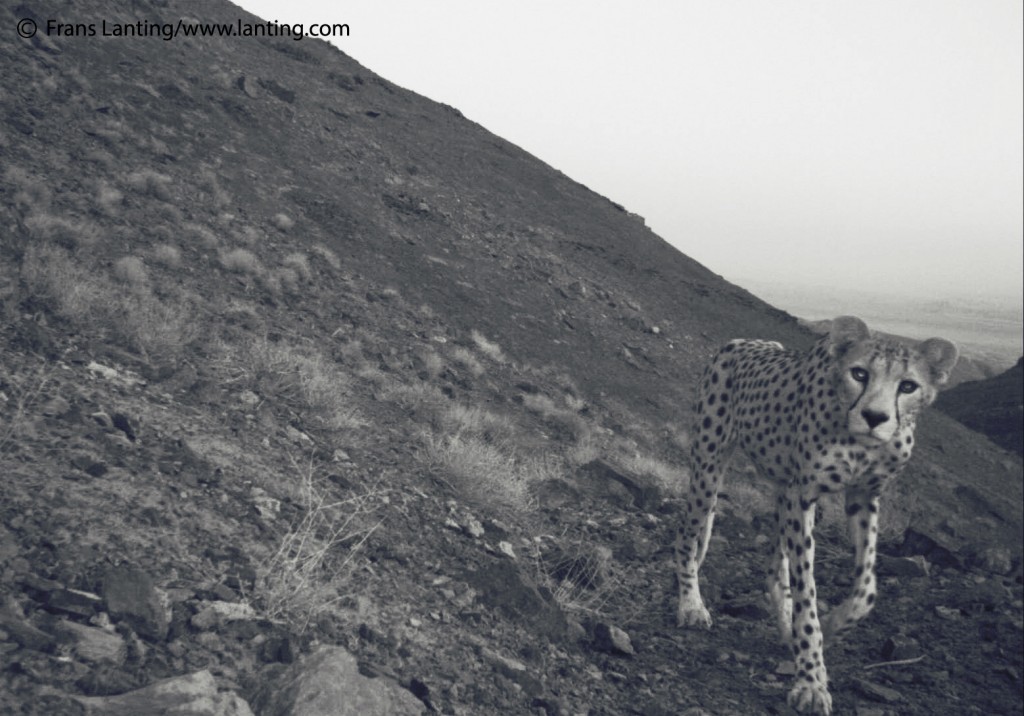 The first photograph of Pouyan, captured in Naybandan Wildlife Refuge by a team from National Geographic in December 2011

Despite we were unable to photo-capture the cheetah family after one month of intensive camera-trapping, three solitary male cheetahs were identified.

Comparison of coat patterns to identify unique cheetah individuals revealed a stunning finding; “Pouyan”, the cheetah we previously reported because of his 215-km journey to Dare-Anjir Wildlife Refuge, is now back to Naybandan! 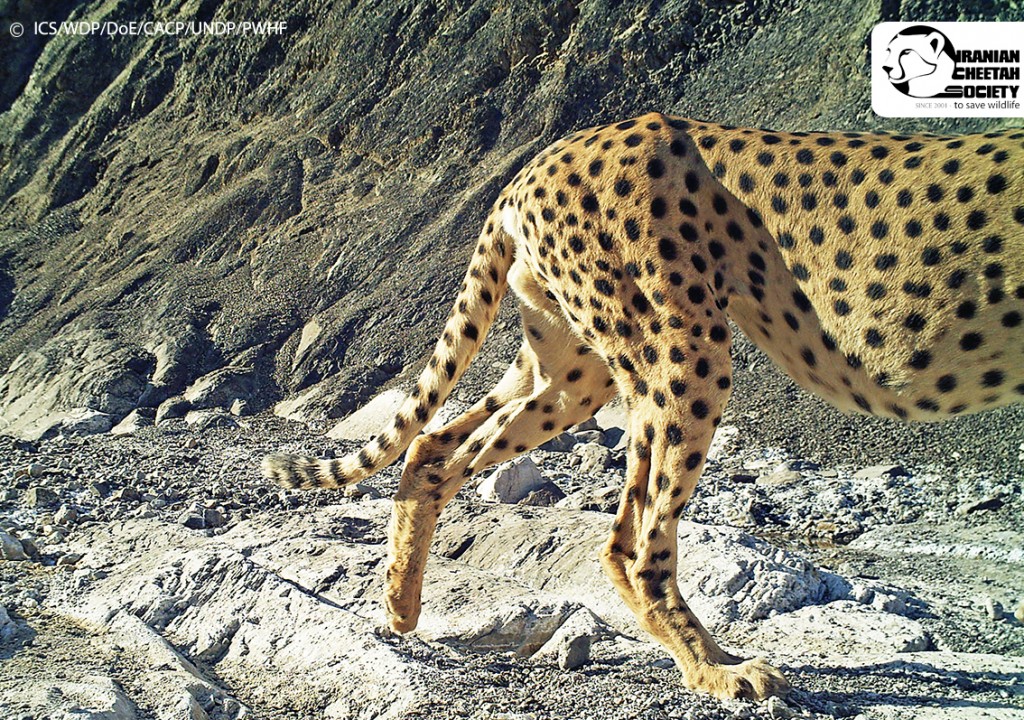 Location of camera-trap stations where Pouyan photographed multiple times between December 2011 and July 2015. Nayabandan Wildlife Refuge is located in east with the landmark Nayband Mount and Dare-Anjir Wildlife Refuge in the west. 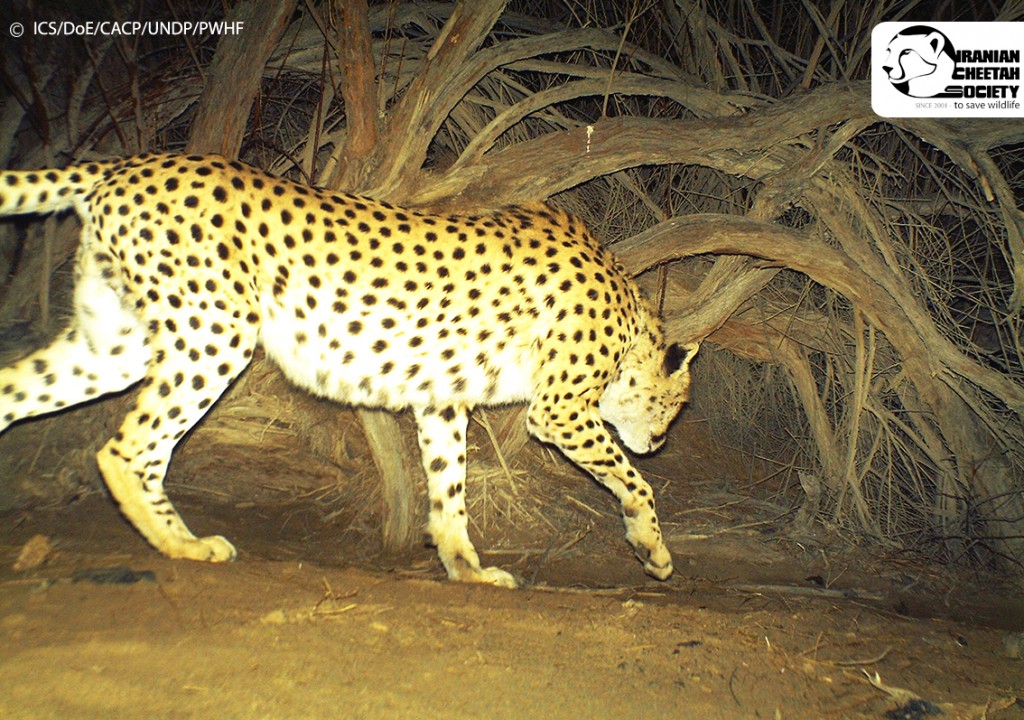 Pouyan was first photographed by a team from National Geographic in Naybandan in December 2011. We could not recapture him through the first phase of the nation-wide cheetah monitoring program. It was only on December 1, 2014 that Pouyan photo-captured by one of our camera-traps in Dare-Anjir Wildlife Refuge, confirming for the first time dispersal between these two distantly-located reserves in the heart of central Iranian desert. 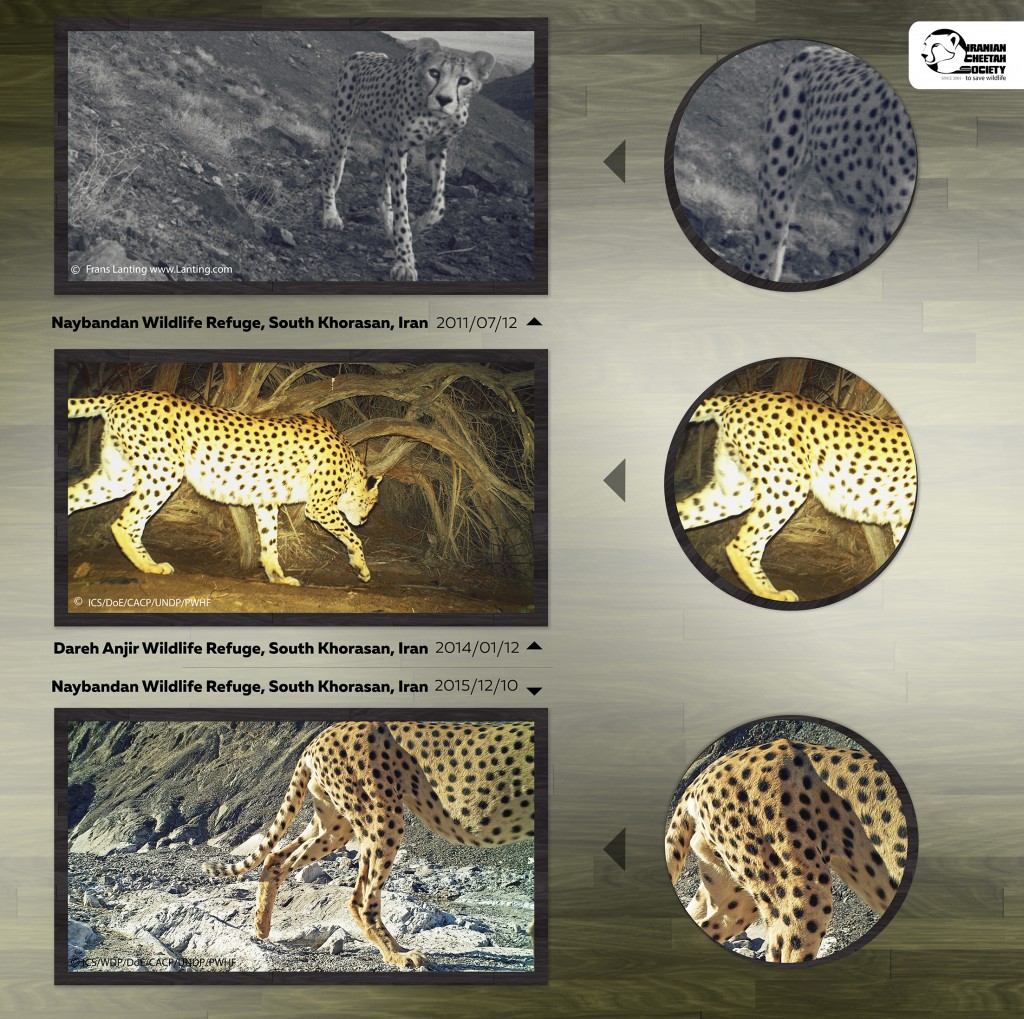 The unique spot pattern of Pouyan helped to identify him in three different years.