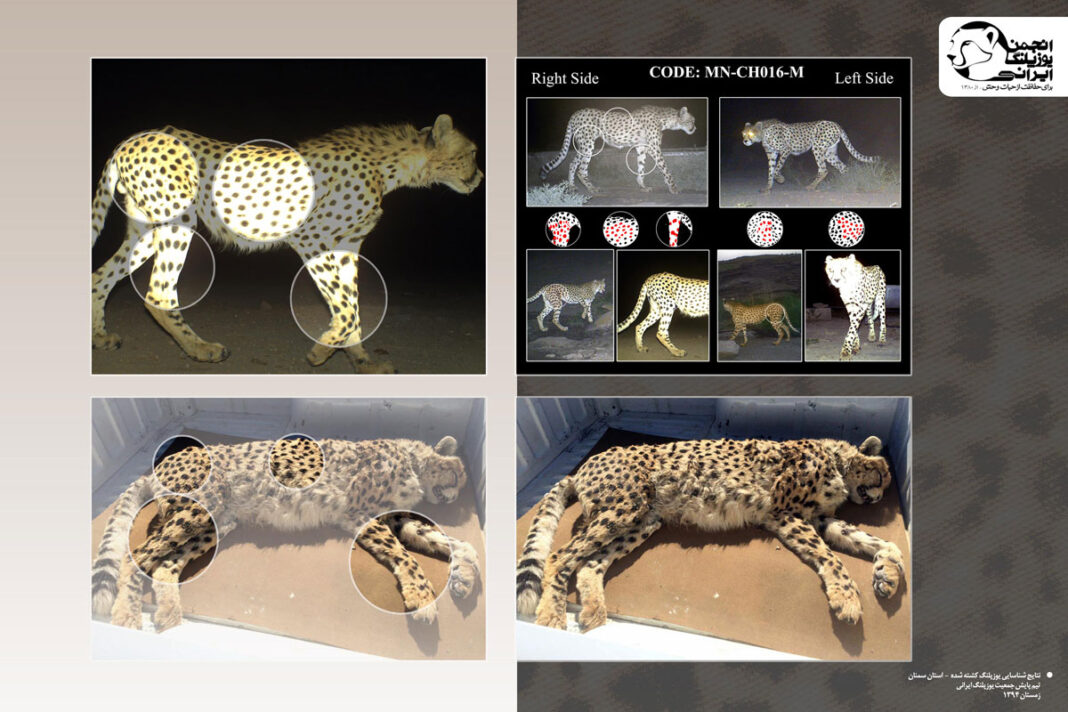 On February 1st, 2016, Semnan Department of Environment discovered a carcass of an adult male cheetah in vicinity of Touran Protected Area. A preliminary necroscopy examination suggested that this cheetah has been unfortunately killed by humans. While further investigations are underway, ICS researchers compared the unique coat pattern of this individual with our country-wide dataset of identified Iranian cheetahs. Our team could identify this adult male cheetah as an individual previously camera-trapped as a cub by our team in Miandasht Wildlife Refuge in North Khorasan Province, back in summer 2012 and again in 2013.

There is no empirical data about dispersal and movement ecology of Asiatic cheetahs in Iran. However, Iranian cheetahs are known to move long-distances within and between the known cheetah nuclei in south-central Iran. This incident confirms past speculations about emigration and immigration of cheetahs from and to Miandasht and Touran, highlighting the urgent need for identifying and preserving biological corridors for the Critically Endangered Asiatic cheetah in Iran. Read more about ICS research on cheetah movements in central Iran.