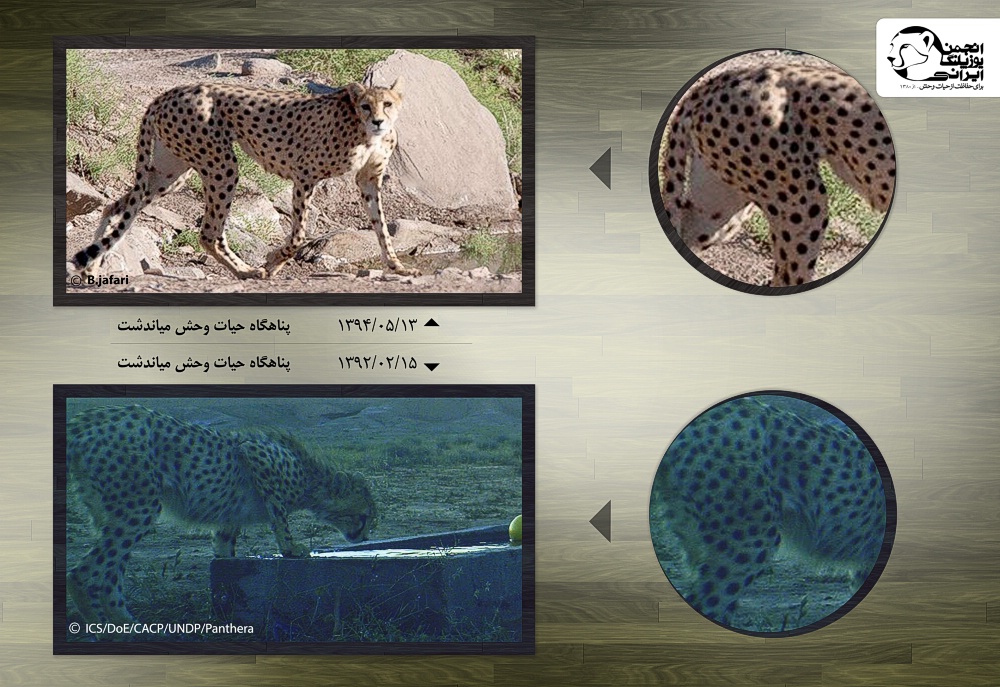 In late August 2015, staff of North Khorasan Department of the Environment photographed a female cheetah with three cubs in Miandasht Wildlife Refuge, north-eastern Iran. Experts from the Iranian Cheetah Society (ICS) compared this photo with camera-trap pictures obtained from the country-scale demography assessment of cheetahs in Iran running by ICS (here). We are thrilled to inform that that the new cheetah mother has been photographed in 2013 as a cheetah cub in another family of a female cheetah and three cubs!
This finding is crucial as very little is known about the population demography and reproduction biology of the Critically Endangered Asiatic cheetahs. In collaboration with the Conservation of the Asiatic Cheetah Project, Iran Department of the Environment, the nation-wide cheetah monitoring project is running by ICS across multiple reserves in north-eastern and central Iran.