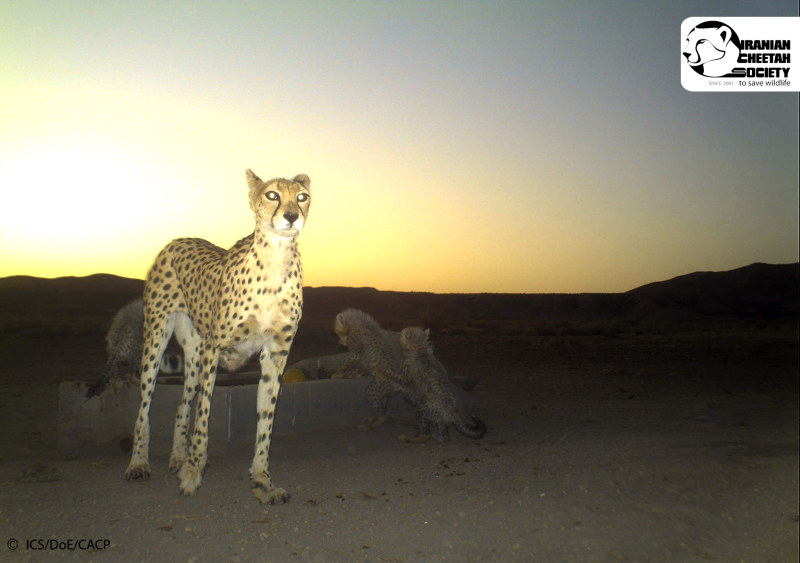 On August 29th 2016, the Iranian Cheetah Society (ICS) held a press conference explaining its plans for the 10th anniversary of the National Cheetah Day. During this conference CEO of ICS, Morteza Eslami, stressed that ICS intensive field works since 2012 suggest that the current status of the Iranian cheetah population is a source of major concern. He explained that during 2012 ICS surveys, 20 cheetah individuals were photographed inside the cheetah reserves, of which 7 were females. In 2013-14 surveys, 23 Asiatic cheetahs were identified through extensive camera-trapping efforts, but only 4 were females. Eslami added that 2016 surveys have been able to document as few as only 2 female cheetahs, given the fact that two out of 4 females we identified in 2013-14 surveys died in vehicle collisions in 2015-16. Eslami noted that the available data is insufficient to judge if the cheetah population trend is declining. “However, there is strong evidence that if we do not act now, there would be no hope for the survival of the Iranian cheetahs by 2020”, Eslami added.
Furthermore, Eslami explained that currently 2 female cheetahs have been photo-captured in Miandasht Wildlife Refuge, and other partners have been able to confirm the presence of at least one female cheetah in Touran Biosphere Reserve. No female cheetahs have been recorded in the southern cheetah nuclei in the south and south-central Iran since 2012. Eslami stressed that the Iranian cheetah population appears to be very small population, perhaps about 40 individuals, so increasingly vulnerable to catastrophic events. ICS believes that still there is hope for saving the Iranian cheetah population. Yet, conservation efforts must be doubled, national and international partners must work together and focus their efforts to minimize cheetah mortalities and isolation of the remaining populations, and roads trespassing or surrounding critical cheetah habitats must be secured for cheetah movements to guarantee cheetah population connectivity. 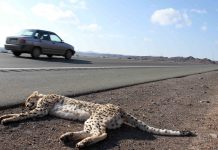