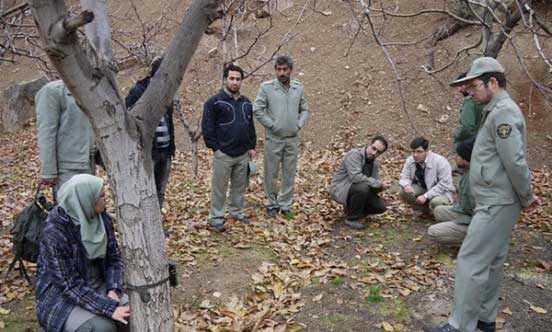 A family of Persian leopards was seen by local people near Chalous road, one of the major paths from Tehran to northern Iran inside a local garden. Therefore, a group of experts from Alborz Department of Environment and the Iranian Cheetah Society (ICS) visited the place for more surveys. Based on left signs, the animals were approved to be leopard(s) and camera traps were installed to confirm its presence. Meanwhile, the DoE has enhanced its presence around to prevent any probable event that might affect adversely the leopards. Prior to the field excursion, a training workshop was held by the ICS’ Morteza Eslami for local game guards and experts about proper application of camera traps in wildlife surveys. Previously, another workshop was held by the ICS for a larger group of experts and game guards in the region in DoE central office in Karaj, discussing about various aspects of the leopard ecology. The Persian leopards inhabit ibex ranges across Alborz, a key area for the animal long-term viability in Iran. However, poaching of the prey and even the leopards as well as habitat shrinkage due to intensive human activities are threatening the animals’ existence. In order to promote leopard conservation, the ICS in partnership with Wildlife Image Institute produced a documentary, namely as “In Search for Persian Leopard” featured as the best Iranian documentary in 2011 in the area. 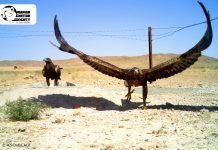 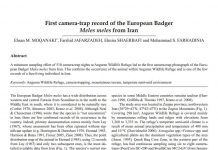 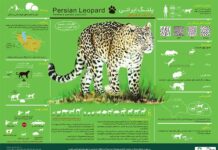