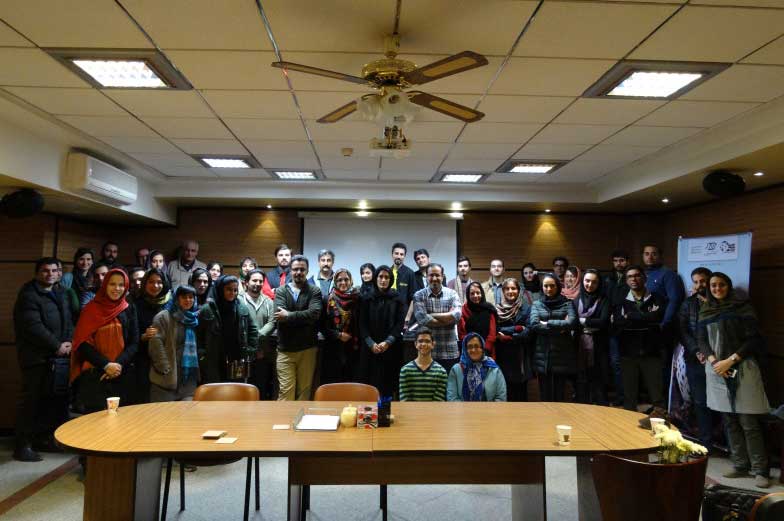 On December 20th, 2015, the Iranian Cheetah Society celebrated the 24th WildTalk Seminar with two guest presenters. Sheyda Ashayeri from Persian Wildlife Heritage Foundation (PWHF) introduced her study on motivations of illegal hunting among local communities in Golestan National Park. PWHF has been running a leopard project in this reserve, and faced a high amount of camera trap theft. Sheyda explained that a reconnaissance survey suggested that local illegal hunters are responsible for the majority of losses. So the team launched a study in 8 villages inside or in peripheral of the National Park in order to reveal the underlying motivations of illegal hunting among local residents through interview-based surveys. Sheyda showed that these motivations can be grouped into five major categories of poverty, pleasure, traditional moral concept, market-related profit, and revenge. Some of these categories are highly correlated and all together may lead to illegal hunting of Golestan wildlife by local hunters. Sheyda recommended that trust building and making local communities to feel that they also share the benefits (e.g. natural resources) of the National Park, controlling the demand for bushmeat in the market, and creating new jobs are among the conservation solutions in their study.
The second presenter was Hadi Fahimi from Mohitban Society. Hadi introduced his team’s long-term study on the ecology and current conservation status of the Asiatic black bear in multiple study sites in southeastern Iran. To this aim, Hadi’s team has been using several techniques including rapid status assessment and species distribution modeling to reveal the potential distribution of the Asiatic black bear in Iran, and diet analysis using feces to shed some light on the feeding ecology of the species in the low productive habitats of southeastern Iran.
WildTalk Seminars are running by ICS and is supported by Entesharat Fanni Publications, Tehran.