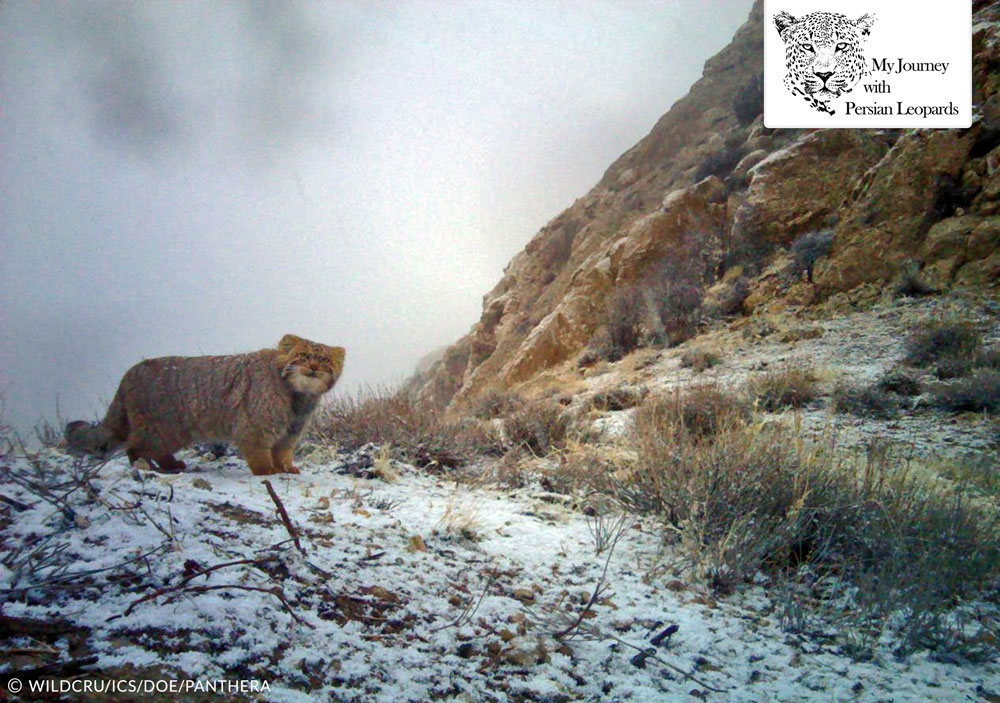 Following the recent camera-trapping survey of Persian leopards in Sarigol National Park which resulted in the first camera trap photo of a Pallas’s cat in the reserve , the Persian Leopard Project in Northeastern Iran has surveyed the Salouk National Park in December 2015. Together with Sarigol, Salouk is one the key leopard reserves in northeastern Iran. The project team is now excited to report the first-ever camera-trap photograph of a Pallas’s cat from Salouk National Park. The Pallas’s cat is one of the rarest felids of Iran, and very few photographs of free-living individuals is available from Iran.
Led by ICS researcher Mohammad Farhadinia, the Persian Leopard Project is collaborative study between University of Oxford’s WildCRU, Iranian Cheetah Society, Iran Department of Environment, provincial offices of Iran DoE in North Khorasan and Razavi Khorasan, and Panthera. The project aims to answer a number of conservation-based questions about the persistence of the Endangered Persian leopard on human-dominated landscapes in northeastern Iran.