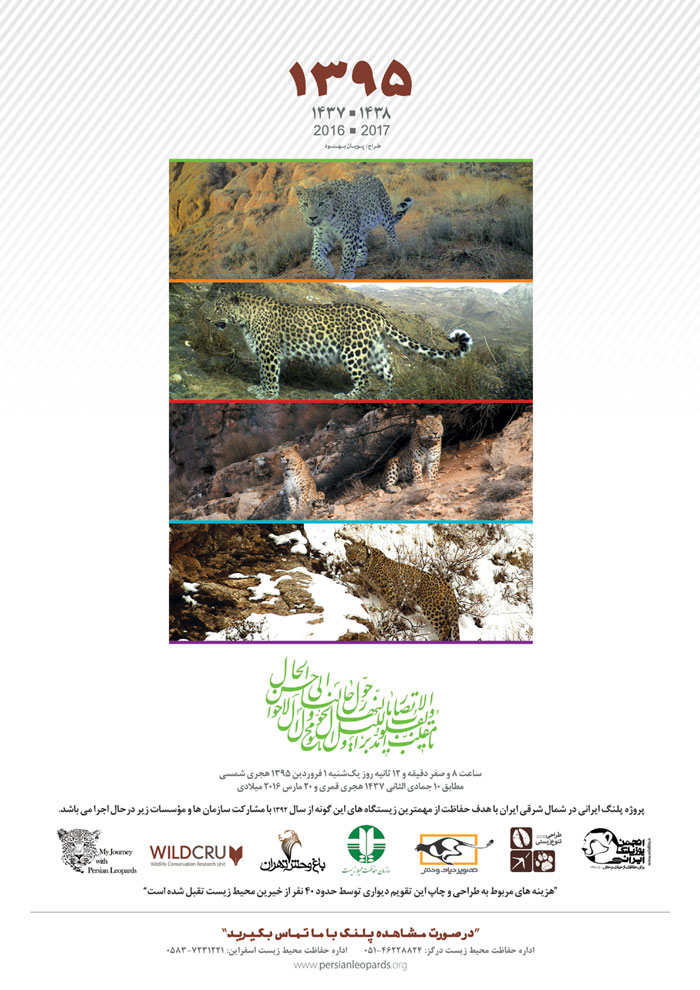 In collaboration with ICS, the Persian Leopard Project in Northeastern Iran has designed and produced a leopard wall calendar for the coming Persian New Year 1395 (starting on March 10th 2016). Supported by more than 40 private donors and friends of ICS, this calendar is going to be distributed in several villages located with or in periphery of key leopard reserves in northeastern Iran where the project team works, including Tandoureh National Park (Razavi Khorasan Province), Salouk and Sarigol National Parks (both in North Khorasan Province), and Ors & Sistan Protected Area (Razavi Khorasan Province).

This calendar features photo-trapped pictures of Persian leopards from the above reserves, and some basic information about aspects of biology, ecology, and status of leopards in Iran has been provided within. Besides of being a daily reminder of the passion for the leopards and their habitats, the project team hopes that this calendar can act as an environmental education tool for local communities coexisting with leopards on this landscape.