Together with researchers from WWF, Iran Department of Environment and the Humboldt University of Berlin, ICS researchers have published the first confirmed evidence of transboundary leopard movements between Azerbaijan and Iran in the Caucasus Ecoregion. 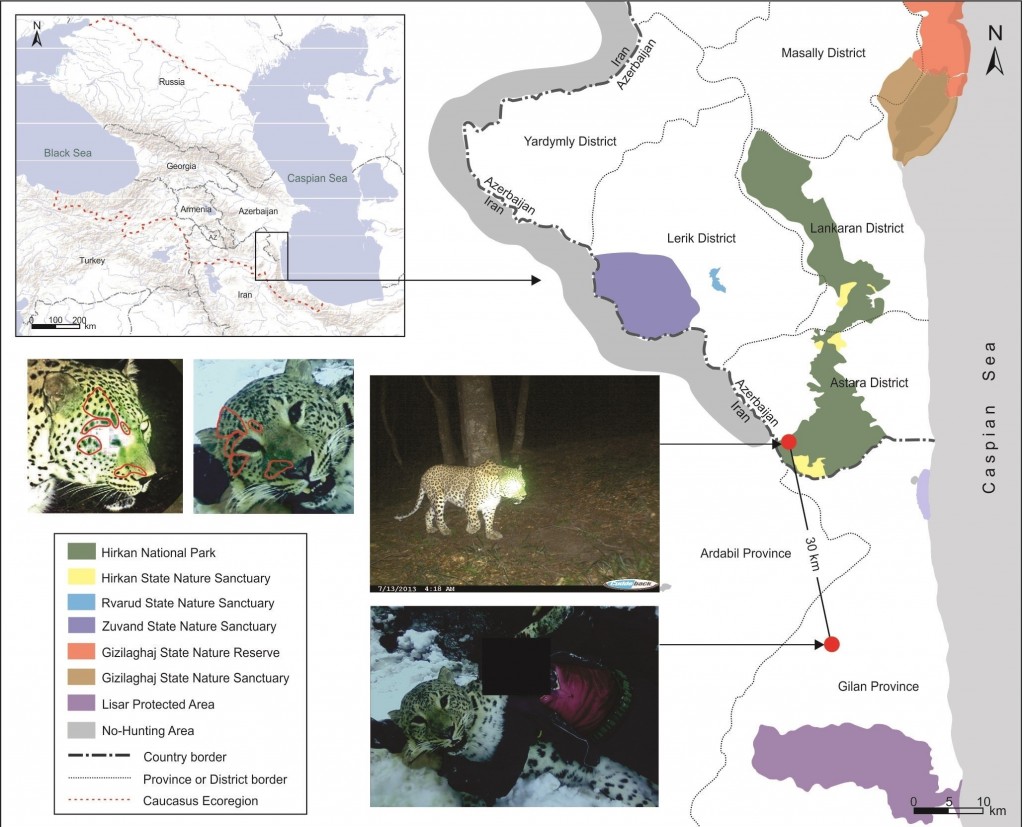 It has been speculated for a long time that Persian leopards in Azerbaijan and Armenia might be connected with leopard populations in the Iranian Caucasus, or even depend on these populations as a source for dispersing individuals. However, no confirmed evidence of leopard movements between Iran and either of these two countries had been documented. Comparing photos of a Persian leopard poached in Gilan Province of Iran with camera-trap photographs obtained 30 km away (straight-line distance) from Hirkan National Park in Azerbaijan allowed our researchers to identify this leopard. This incident supports a previous ICS study that predicted the Talysh Mountains to be a critical linkage for connecting the border landscape between Iran, Azerbaijan, and Armenia to the presumed source leopard population in the Alborz Mountains in Northern Iran.
ICS’ research on Persian leopards in the Iranian Caucasus is generously supported by World Land Trust (WLT) and Iran Department of Environment.