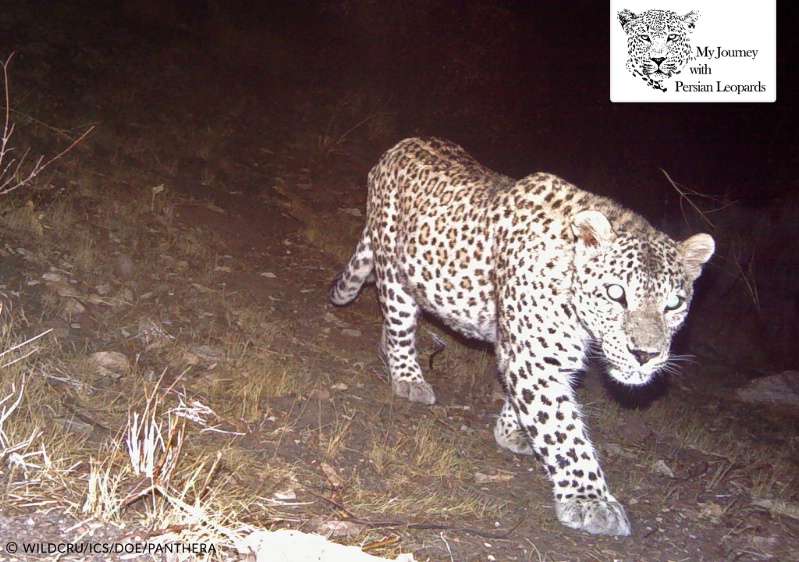 The Persian Leopard Project in Northeastern Iran is running an intensive camera-trapping survey in several key leopard reserves. To date, more than 250 photographs of Persian leopards from 40 camera-trap locations have been obtained from Salouk and Sarigol National Parks. Researchers from the Iranian Cheetah Society (ICS) have started to analyze the data, and preliminary results suggest viable leopard populations in these two reserves. The team expects to expand this survey to new areas in spring 2016.

Led by Mohammad Farhadinia from ICS and University of Oxford’s WildCRU, and in collaboration with Iran Department of Environment (DoE), North Khorasan Provincial Office of Iran DoE, Panthera, and University of Tehran; this project seeks to answer a variety of conservation-oriented questions about the persistence of the Endangered Persian leopard in fragmented mountainous habitats in northeastern Iran. Gathering reliable information about the population status of leopards are one the key components for effective conservation planning for this endangered leopard subspecies across its range.