Led by Mohammad Farhadinia from the Iranian Cheetah Society and WildCRU, and in collaboration with Iran Department of Environment, Panthera, and University of Tehran; this project seeks to answer a variety of conservation-oriented questions about the persistence of Endangered Persian leopards in fragmented mountainous habitats in a number of protected areas in northeastern Iran.

One key aspect of this project is studying the movement ecology of Persian leopards on this rugged landscape. Five Persian leopards have been so far successfully fitted with cutting-edge GPS satellite collars, which are providing invaluable data about movement patterns, kill rates and social structure of Persian leopards. This information is also very important to increase our current knowledge about human-leopard interactions and leopard-livestock conflict.

Among the four male and one female leopards captured during this study, two of the male leopards have been monitored for one year and their collars have been successfully recovered.

The project team is now busy with an intensive camera-trapping survey and prey assessment in multiple reserves, in order to better understand the population dynamics of the enigmatic Persian leopards and patterns of predator-prey relationships. The project is expected to continue until 2017.

Another kill belonging to one the young male leopards fitted with GPS satellite collars during this study. Wild sheep appears as one the Persian leopard’s preferred prey on this landscape. Map showing movement patterns of one of the male leopards which is monitoring during this project. This old male has trespassed the border between Iran and Turkmenistan for several times during the past two months. 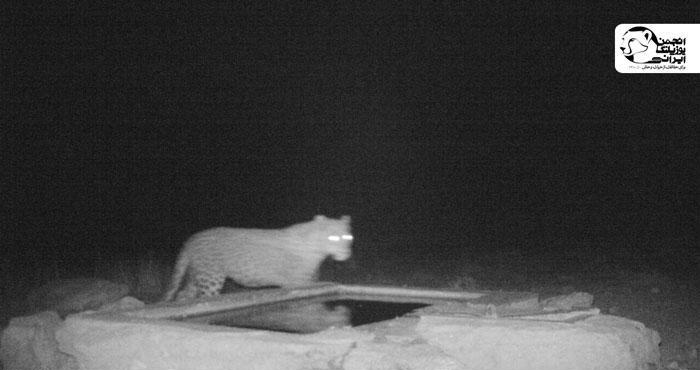