ICS supports current campaigns asking Iranian Ministry of Sports and Youth Affairs to display Asiatic cheetah as the national emblem on National Football team, during forthcoming Brazil championship games in 2014. As a leading conservation organization in the country, the ICS has been invited to be involved in the initiative which has been already shaped by Conservation of Asiatic Cheetah Project and Iran Department of Environment as well as some of the country’s environmentalists, started last month aiming to promote cheetah conservation inside the country.  Accordingly, an official letter was submitted to the country’s Minister of Sports and Youth Affair on Sunday 27 October 2013 to highlight the movement. Signed by the ICS CEO, it is believed that indication of the Asiatic cheetah on the national football team clothes could highlight importance of the cheetah conservation at various social levels of the Iranian community”. “As one of the most critically endangered cats of the world which once ranges many parts of south and west Asia, presently the cheetah needs remarkable support”. Therefore, “the Iranian Cheetah Society (ICS) is honored to join the existing campaign established by various governmental and non-governmental organizations and activists as a substantial contribution to safeguard the Asiatic cheetahs in Iran”. 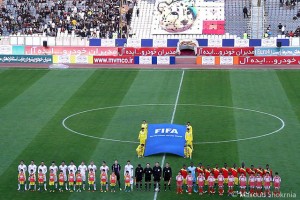