The Pallas’s cat (Otocolobus manul) is one the rarest small felids of Iran. The species first discovered in northeastern Iran around 50 years ago. Until mid 1980s, almost all the presence records of the Pallas’s cat had been originated from this part of the country. However, the geographic distribution range of the Pallas’s cat now appears more widespread, with recent confirmed records are coming from northwestern and southwestern Iran down to Yazd and Kerman provinces. As a result, Iran is perceived to be both the westernmost and southernmost range limit of the Pallas’s cat.

Because of the Pallas’s cat’s elusiveness and small size, the species has been rarely documented by camera-traps across its range. During the Persian Leopard Project in Northeastern Iran, in November 2015 one camera trap has captured the photographic evidence of the Pallas’s cat occurrence in Sarigol National Park, North Khorasan province. Although this photo is not the first record of the species’ presence in this reserve, this is an existing discovery for the project team.

The Persian Leopard Project in Northeastern Iran is led by University of Oxford’s WildCRU, in collaboration with the Iranian Cheetah Society, Iran Department of Environment, and Panthera. 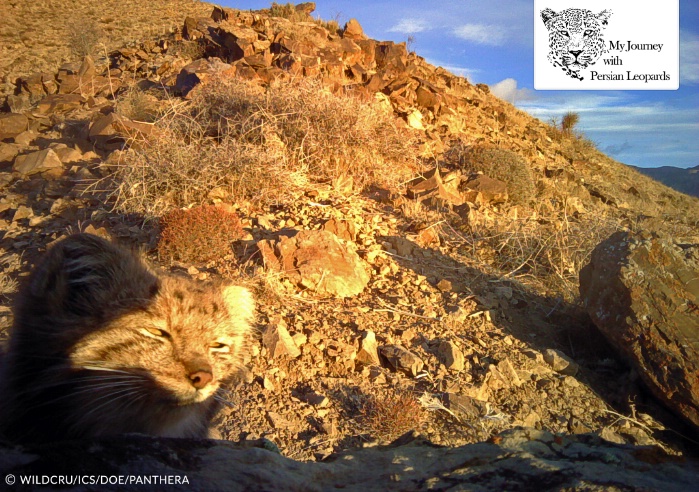